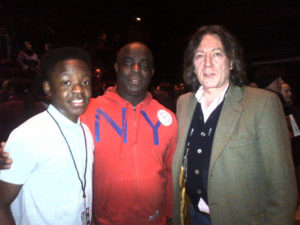 Morgan is seen here after the announcement with his Father Kevin and Soultone UK Rep. and ADS Drums Owner Adrian Darby.

ADS Drums and Soultone Cymbals were pleased to attend the Young Drummer of the Year Finals at the Leamington Spa Centre on Sunday February 2nd 2014.

Morgan Simpson , Soultone Artist was the Winner of a Hard fought Finals of Ten Young Drummers hosted and organised by Mikedolbear.com. Our congratulations go out to Morgan, the other Finalists ,the Judges and the Organisers.

MORGAN SIMPSON – YOUNG DRUMMER OF THE YEAR 2014 and SOULTONE ARTIST performing at THE LONDON DRUM SHOW 2014.